Is it Vintage or Shabby Chic?

Finally after giving myself a push this morning I managed to get some mojo to make a card, I had a lot of help from my "helper" picture to the right. Not sure why for the first crafting of the new year I would pick a die that has at least 15 tiny circles, bells and stripes but I persevered and "got 'er done". 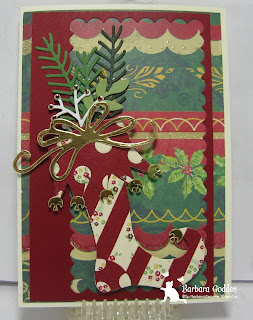 The Christmas snippit box took quite a beating today, The patterned paper I saw in there it was holly and berries, I cut it to size and of course it is double sided and wow I liked the other side, woohoo. The red left over die cut was also in my scrap box and I was building my card, I was very excited because I don't make vintage/shabby chic or build much. The Jester Stocking was also cut from scraps and all the foliage and bow were in the Ferrero Rocher box. 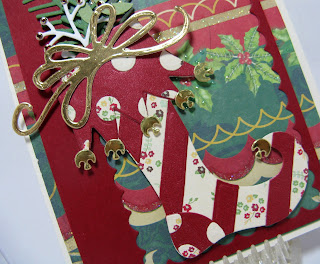 Close up of the focal point. 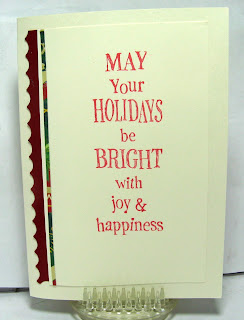 Finished the inside with an ancient Stampabilities sentiment and of course some scraps from the snippits from the front.
I'm entering this in:
Jingle Belles Rock Challenge ~~ Thank You Santa (it was me) 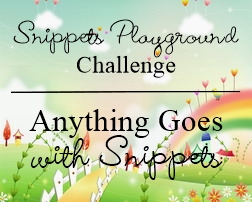 Thanks for stopping by today and have a fabulous week.

Posted by Barbara Godden at 3:32 PM

such a lot of intricate diecutting and paper piecing, but soooooo totally worth the effort! what an awesome start to the 2022 JINGLE BELLES season! ♥♥♥

It's like you built a beautiful puzzle with that die. Wonderfully done!

Thanks for giving me a push to make me go higher on the Playground swings earlier.

that is a fun die ... love the bells ... so very glad you shared what Santa brought you with us at Jingle Belles.

Hello and hugs, dear Barb! Your card is gorgeous! Love the die-cuts and especially the pretty gold bow, very eye-catching! I like all the papers you used, traditional red and green, a favourite of mine! Happy 2022, my friend!