It's Triple Threat Time at Shopping Our Stash, easy peasy unless you take my route, Three of something on your project, three images, three sentiments, three enamel dots, you get the idea. I have made a mini slimline scene card with three triple threats. 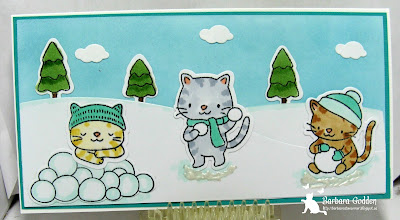 Everything but the base of this card was made with large scraps and many, many snippits of white, sure did get rid of quite a few scraps on this card. I added some snow around two of the kitties with white opal liquid pearls. 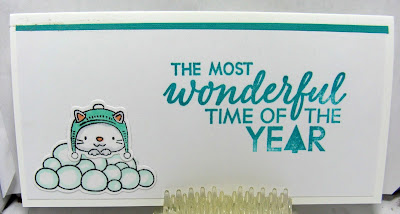 I finished the inside with a favourite sentiment from Hero Arts. I sure have gotten a lot of mileage out of it, I used another kitty and a snowball pile.
And a Surprise, I decided I had to give equal blog time for the puppies in the set. 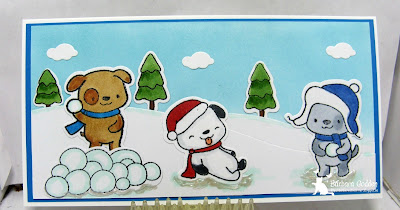 I used the same layout as I did with the kitties but changed up the colours. 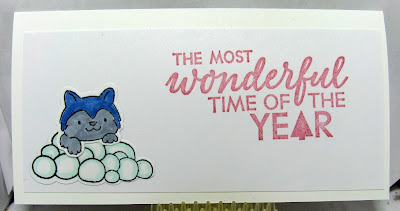 I also used the same sentiment from Hero Arts and of course a snowball pile with a puppy.
Although none of the images were snippits they were all stamped, coloured and die cut out of many small pieces of white cardstock (and I still have a huge pile left)
So with that said I'm adding it to:
Christmas Kickstart Challenge ~~ #56 Christmas Snippits 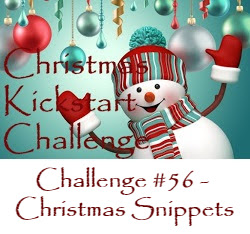 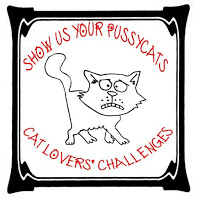 Colouring in Scrapland ~~ November Anything goes.

Thanks for stopping by today and don't forget to check out the great Triple Threat project the design team have made for your inspiration.
“Everything you’ve ever wanted is on the other side of fear.”- George Addair

Love, love, love these cards, Barb! The kitties are my favourite, of course! They are just so cute and look like they are having a lot of fun in the snow! Your white opal Liquid Pearls look brilliant under the kitties as snow, must remember that! Awesome slimline cards, inside and out!

you had me at "trio of kittens" and then again with "trio of doggies"!!! ♥

Totally adorable Barbara - and little white snippets DO count. We all seem to have thousands of the little perishers. What a cute stamp set - don't think I've come across that one before - and so nice that it has both kitties a pooches in!

These are the cutest! Of course you had to have three sets of three on each card, makes complete sense to me. :D

Adorable cards, Barb. I have more white snippets then I know what to do with and in so many different textures and shades too! Thanks for playing at Christmas Kickstart with Di and me, Jo x

Wonderful cards - you made such great scenes with those cute images.
Thank you for purring along to play at SUYP Cats Challenges.
Hugz
IKE =^..^=