Saturday!!! and a NEW Challenge at the Sisterhood of Snarky stampers!!!

Challenge #88 K is for Kids starts now at the Sisterhood of Snarky stampers.  Time to make some cards for the little "darlings" , I lucked out with this challenge as I had three commissioned cards for some "grands" so you are going to see all of them of course there is no snark on any of them. 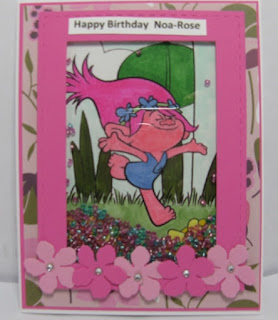 When asked to make a couple of cards for a friend's grand children I wasn't ready for the themes, as you see this is Trolls (I didn't know they were back)  so I found a colouring book page on pinterest coloured it and made a shaker card. 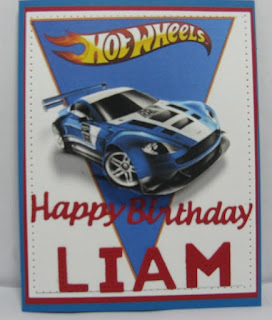 The second card is as you see...Hot wheels. it was a bit easier as I just printed two images, again from pinterest and cut one car out and attached it with a wobble. 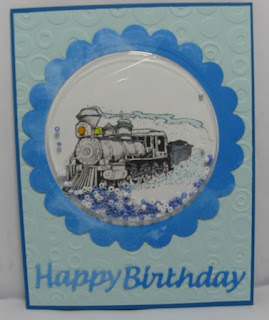 Third card (for a different grand)  was to have a train on it so I made it into a shaker card, all "boys" no matter what their age loves an interactive card. 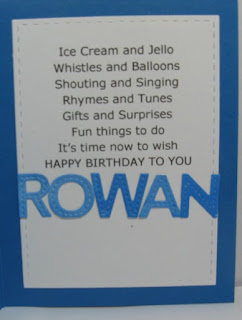 Sentiment found on a verse site and I liked it so well I used it on both boy cards. As you see I didn't have enough room for his name on the outside and just squeezed it in on the inside.

Congratulations for making it the end of a long post now head over to the Sisterhood of Snarky Stampers check out the rules and see what the rest of the design team have made. p.s. I think there is some snark on some of theirs.

Wow, Barb! These are all just fabulous. The kids are gonna love them. Thanks so much for letting me join you at the Sisterhood this week. xxD

Three great cards, and yes, boys do seem to love interactive cards so that shaker is perfect
Jane

Great job on all 3 cards.

These are great, Barb, and way to go on finding creative ways to fill the themes. As for trolls, I would have been okay if they'd stayed away. :P

I love shakers and wobbles. You made lots of fun things this week.

look at you go with all your awesome kid cards!
Fab job sistah!