Digging through my "Never Been Used Stuff" (NBUS)

When I saw the Inkspirational Challenge my thoughts went to the Easter Egg Die from Elizabeth Craft Designs can you imagine my surprise when I realized I had never even opened it, I think it's at least 4 years old and I have no idea why I have never used it, it's so lovely it doesn't need to be just Easter. 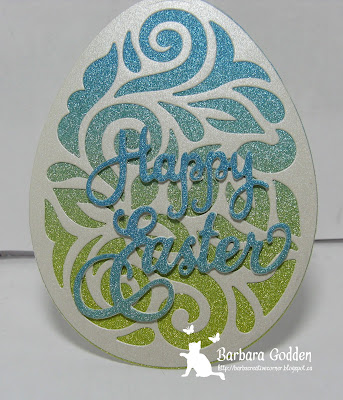 The fancy part of the egg was cut from white stardream cardstock layered on the sparkly cardstock I found at a dollar + store. There are 2 each of 5 different ombre colours. I cut the sentiment out of the same glitter cardstock and twice out of heavy weight white cardstock and layered them. 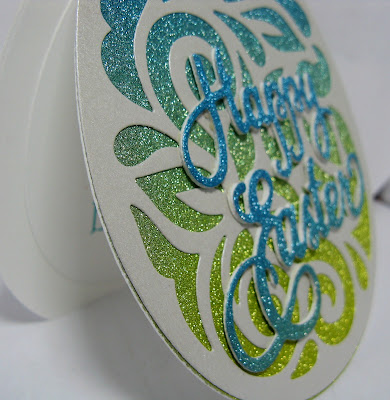 Side view to show how the sentiment looks and at the back the small bit was cut off the base so it stands on it's own. I watched a video from Elizabeth Craft Designs on how to do this. 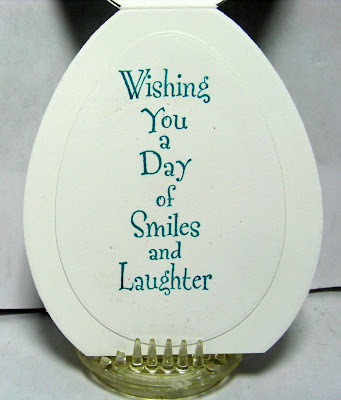 I don't think I needed to cut so much off but the first cut I made was not straight, you know the old saying measure twice cut once. The egg shape I used for the sentiment is also a NBUS, the sentiment is a very vintage Hero Arts wood block sentiment
I am entering this in:
Inkspirational Challenge ~~ #259 Technique Challenge ~~ Shaped Cards 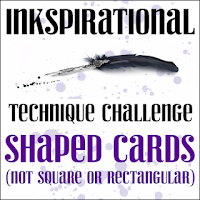 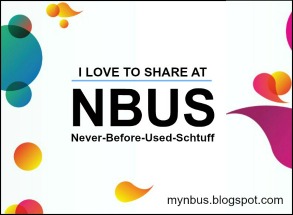 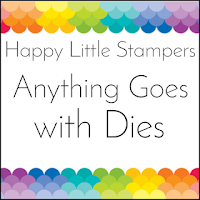 Thanks for stopping by and stay healthy, stay safe.

Posted by Barbara Godden at 7:30 PM

Hi, Barb! Your Easter Egg card is beautiful! I love all the sparkle! Hope you're having some sunshine today - we are, but 10-20 cm of snow expected tomorrow. Enjoy your day, my friend!

This is gorgeous, Barbara! Love the sparkly colours behind the beautiful die cut. Thanks for joining us at Inkspirational!

So glad you used your die at last and the result is absolutely gorgeous. Thanks for joining in at Inkspirational Challenges.

Love the sparkle. So wonderful that you’ve made use of this Easter egg die so that we can appreciate its beauty too. Thank you for sharing with us at NBUS.