Had an update from Freshly Made Sketches saying there was still time to play so I got busy with a super cute snowman that was already sitting on my table begging to be used.  I had already saved the image of the sketch as I had planned to join but as usual other things took priority.  I was planning out a card and picked the patterned paper but when I saw the snowman I decided to use it 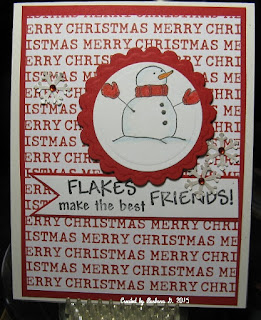 This cute snowman is one of a set of 4 from Sunshine Designs, the sentiment on the  banner masked and inked and stamped a few times before it worked. 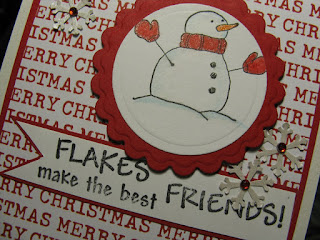 His scarf and mitts were coloured with a spica glitter pen. 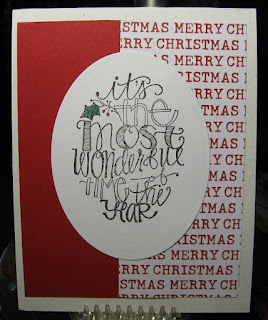 Finished inside of the card using up a few more scraps 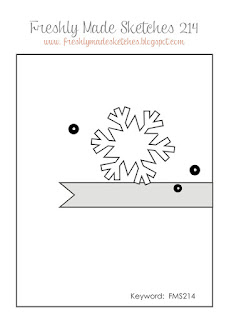 Thanks for stopping by today and have a wonderful day!!!

Love this! Keep it up and your desk might even be clean! ;)

LOVE it!! Working straight from the desktop is how I roll these days....because I haven't put anything away in weeks, lol

Such a sweet card….nice touch to add the sparkle to the snowman's mitts